Natural therapy is an alternative medicine, it improves the quality of life of a sick person.

CBD oil in prevention to guard against diseases or consequences of aging. It complements the medication prescribed by the doctor. You will find a range of specialties such as herbal medicine, aromatherapy, homeopathy, etc. … The CBD falls into the category of products used in alternative medicine. It is a molecule extracted from cannabis and known for its multiple virtues. In order to determine more precisely its role and therapeutic effects, particularly in the treatment of pain, we will begin by explaining its origins, then its mode of action and finally its benefits.

The history of CBD

It has its origins in cannabis, one of the oldest plants used by man. It is difficult to say when hemp was discovered, but scientists say it was discovered in the Neolithic period, between 5000 and 8000 B.C. Some believe that man has been using it for about 11,000 years. They began by harvesting it for its fiber and its seeds. A versatile raw material offering, therefore, many possibilities such as the manufacture of clothing, rope or paper. Much more modern, it is used as a sound or thermal insulator. In the field of construction, there are bricks and concrete of hemp.

Its psychoactive effects have been known for at least 3500 years. The Atharva-Veda, a sacred text dating from 1500 BC, mentions a spiritual use of cannabis. Cannabis has more than a hundred cannabinoids, chemical substances that activate a number of receptors in the human body. It is a plant with multiple properties, subject of several studies until the day in 1940, Roger Adams, American chemist of the 20th century, discovered that cannabis is a powerful drug.century discovered cannabidiol (CBD). In 1963, Raphael Mechoulam, an Israeli chemist, identified the stereochemistry of CBD, its molecular structure, the arrangement of the atoms within the molecule, thus enabling it to be synthesized. This discovery will open new perspectives for scientific research. More numerous and more advanced…

Endocannabinoid system: Action of CBD on the human body

In 1988, a scientific research team discovered the CB1 receptor, revealing the endocannabinoid system in the human body. It is a set of interconnected receptors spread throughout the body. We have, therefore, two types of receptors, CB1 and CB2. To begin with, the first are located in the central nervous system, in organs such as the liver, intestines, lungs or heart… Then, the second are in the immune system, bone marrow, etc…

Three types of cannabinoids are able to activate the receptors. Phytocannabinoids, endocannabinoids and synthetic cannabinoids. The first ones come from cannabis, the second ones are secreted by the body itself and the third ones are manufactured in laboratory. This system ensures the homeostasis of the body, certain functions can be balanced. Temperature, digestion, blood pressure, sleep, heart and blood circulation can be regulated. Cannabis has over a hundred cannabinoids including CBD. People are using it more and more for its various therapeutic effects, especially as a painkiller. 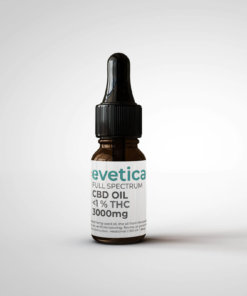 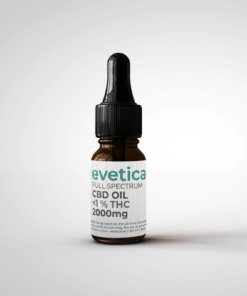 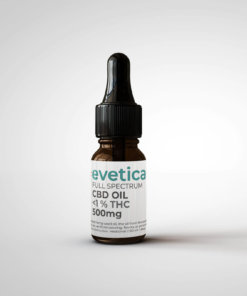 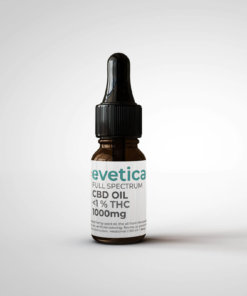 The effects of CBD

Over time, scientists have become aware of the different properties of CBD. Recognized as anti-inflammatory, anti-epileptic, antidepressant, antipsychotic, anti-vomiting or antioxidant, cannabidiol often complements the treatment initially prescribed by the treating physician. Many people have noticed the positive effects on chronic pain. The CBD can be used in rescue mode after a shock or a sporting effort to avoid the muscular pains. But also on a regular basis to reduce inflammation and thus improve the quality of life. Its effects will depend on the type of pain encountered. Cannabidiol comes in different forms such as CBD oil, tablets, balm or gel. It should be noted that the doses administered must be scrupulously respected. Always start with the lowest dosage and readjust as needed.

CBD for different types of pain

Man has known pain since his appearance on earth. He has always tried to control it, to make it disappear.

It appears as a heavy and burdensome burden. According to the IASP (International Association for the Study of Pain), a pain research association created in the United States in 1973, “pain is an unpleasant sensory and emotional experience associated with actual or potential tissue damage or described in these terms. We have nociceptors located on the skin and in the organs. When a trauma, accident or illness causes pain, they send the information to the brain to let it know.

It is often caused by tissue damage or injury. Osteoarthritis, cancer or a fracture usually causes this form of pain. CBD has a powerful anti-inflammatory effect that will de-inflame the damaged area. The Swiss league against rheumatism recommends cannabidiol for osteoarthritis problems. It is recommended to couple it with tetrahydrocannabinol (THC), one of the cannabinoids in cannabis. According to the law, the THC level must not exceed 1%. We strongly recommend CBD Full Spectrum to maximize its effectiveness.

It responds to an injury or inflammation of the nerves. The herniated disc can compress them or cause inflammation around the disc. The cannabidiol is then very effective. It relieves back pain by reducing the inflamed area.

No disciplinary or centralized pain

The central nervous system will change the way pain is treated. It can increase its sensation or make it appear in places that are not normally painful. Irritable bowel syndrome, fibromyalgia or headaches are some of these problems. CBD may play an important role in relieving the symptoms of these diseases.

The therapeutic virtues of CBD are already undeniable. It is the subject of scientific studies to evaluate its effectiveness in the treatment of pain. As well as reducing the symptoms of certain pathologies such as epilepsy or the side effects of drug treatments such as chemotherapy.

In addition, it should be noted that an application for a CBD-based drug to the Food and drug administration (FDA), the American agency responsible for authorizing the marketing of drugs in the territory of the USA, was granted in June 2018. Epidiolex thus becomes one of the first medicines made from a cannabis derivative, CBD, whose purpose is to reduce epileptic seizures in children.

No products were found matching your selection.

Scientific study on the effects of CBD on pain, anxiety and depression

A cross-sectional study of cannabidiol users

2490 people were recruited via social networks for an anonymous online survey. 81 individuals were excluded from the program. The group is composed of 50.87% women and 47.40% men. They are between 55 and 74 years old. 91.23% are domiciled in the United States. The rest reside in 23 other countries.

61.56% or 1483 people reported using CBD for medical purposes. The main disorders are chronic pain, arthritis, joint pain, anxiety, depression and sleep disorders. 35.80% felt that their problems had improved compared to 4.3% who felt no real change.

The survey reveals, therefore, a real effectiveness of CBD in the treatment of chronic pain, arthritis and anxiety.

Published in the journal Cannabis and cannabinoid Research in July 2018 by Jamie Corroon (University of Natural Medicine & The Center for Medical Cannabis Education, USA) and Joy A. Phillips (University of San Diego, USA)

Cannabis has real therapeutic effects that are increasingly recognized by science. The cbd, one of the most abundant molecules of the cannabis, has, therefore, proved in multiple occasions its effectiveness in the treatment of the pain. The USA has released the first CBD-based drug to treat epilepsy in children since 2018. In addition, many studies have been set up for further research on the virtues of CBD. There is a high probability that pain centers, in the near future, will integrate cannabidiol in the treatment of pain. CBD, known for 80 years, is finally convincing the health world of its positive effects on the human body.